Sometimes you need a Colour Break...

To furnish and decorate a room, a hallway in matching tones might be desirable for many people but too often the result is boring and tiring. An eyecatcher can create so much difference. I would want any room or place to incorporate something exciting, an object, a colour that really demands some attention. If you have a colour palette that consists mainly in beige and brown tones a break is really necessary as in this hallway: 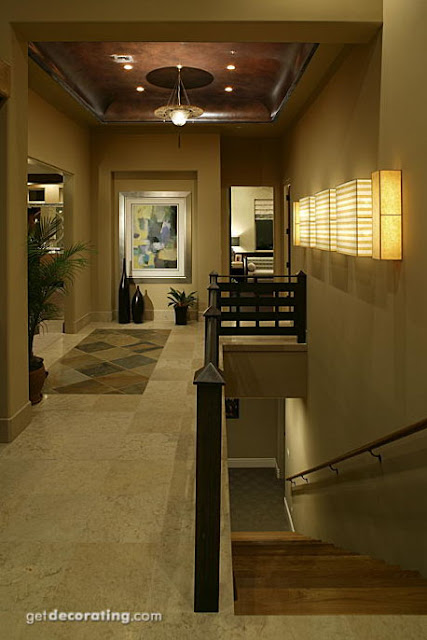 The original art on  the wall certainly looks elegant with the nice shiny frame but I am sure that after a very short while no-one would look at the art any more - it would simply mingle with the background and disappear from your attention.
The contrary would happen with a piece of art such as this one:
a silk carving/sculpture with glowing colours, nothing you would just oversee. 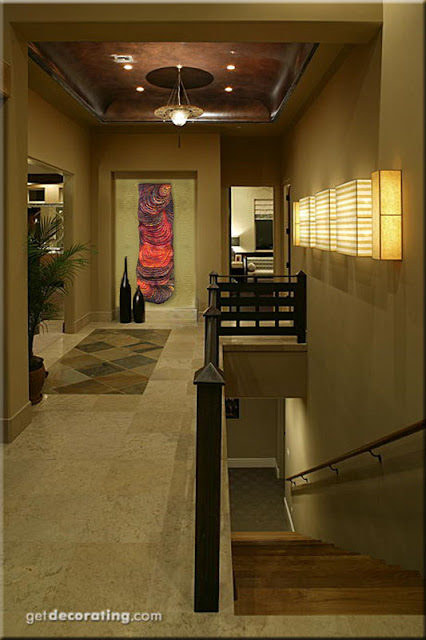 The silk sculpture was inspired by the Hawaiian legends of Pele, the Hawaiian Akua (Goddess), the fire goddess, mother of all life which comes out of the depth of the earth.
In Hawaiian mythology women were a powerful source of new life and source of spiritual power. In the Polynesian world Mana Wahine - the power of woman - was a force that must never be ignored. It was Hina (Woman) who gave birth to new life, Hina controlled the moon, the tides and the reefs and Hina had the secret of fire.

Pele incorporates a technique called silk carving©, which is a development by the artist. The intent of this technique was to create a symbiosis between carving and fiber art. The surface of the fiber was transformed completely into a relief. The upper layer of this piece was made from one single piece of silk - nothing was sewn on top to add depth. Additionally paints and pigments were used in a manner to give the visual impression of flowing lava in all its glowing colours and the viewer is supposed to feel the heat. But it is "only" a piece of soft sculptured silk. 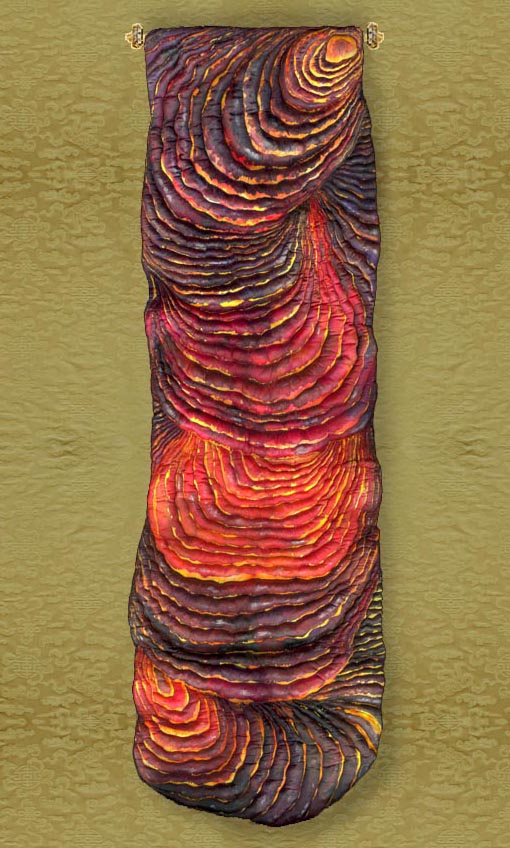 (This art piece was shown at several art venues in the USA and was featured by art critic Cate McQuaid in the Boston Globe.)
~

wow, what a sleek interior.